Diary of an Encuentro (continued) 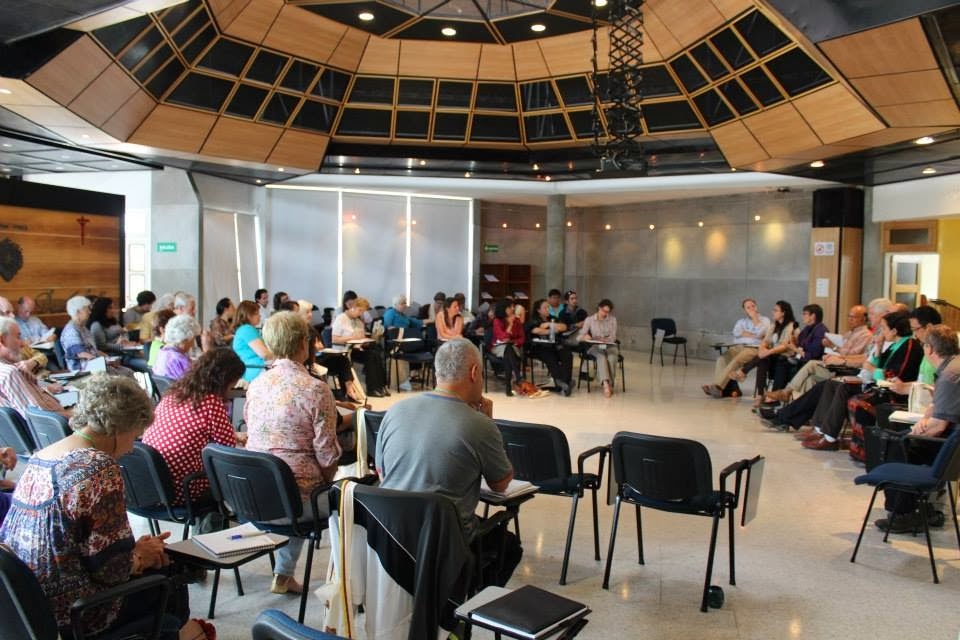 Today has been another very intensive day. We began by gathering in national groups to consider some of the things we most hoped for in our countries.

German Munich from Argentina spoke of his longing to end the deep political divisions as a result of violent repression under the military dictatorship in the 1970s. Reporting for the Brazilians, Alline Serpa highlighted the social inequalities due to corruption. Pilar Griffin from Costa Rica said that Latin America needed self-knowledge and healing, and self-confidence in its strength and possibilities. In a similar vein, Killy Sanchez from Guatemala said, "I need to regain the trust and confidence that my country can change and transmit that change to others."

Juan Carlos Kaiten from Mexico is a collaboration architect at The Hague Center which "focuses on international societal challenges whose complexity requires collaboration between multiple stakeholders." He said, "We need to heal the story of our country. In Mexico we don't accept our native mother or our Spanish father. We need to heal our soul and spirit. Only then will we be able to create the social systems we need in our country."

Together with another young Mexican, Rodrigo Martinez Romero, who works with the Oxford Leadership Academy in Mexico City, Juan Carlos led the Encuentro through a process of identifying critical spiritual, network, and organizational needs in IofC. They said, “We all seek clear, concrete actions that address deep social needs, and that are true to the principles of IofC, and are based on best practices.” 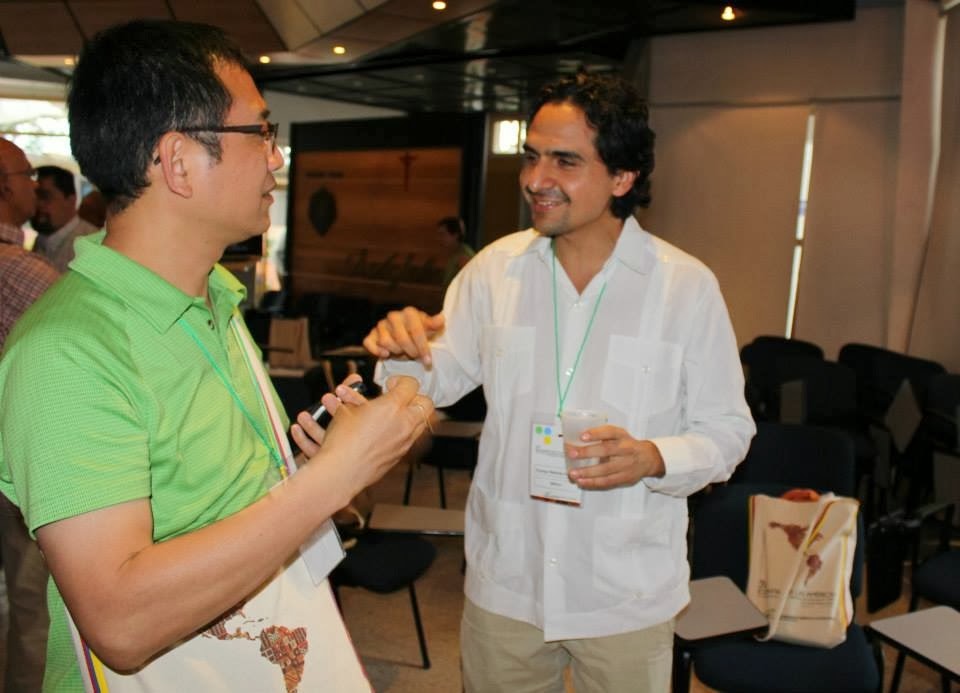 I was fascinated to learn from Rodrigo that he is a direct descendent of Matias Romero, the Mexican ambassador to the US during the American Civil War. I immediately googled Romero and found this fascinating story of his encounter with President-elect Abraham Lincoln in 1861.
The writer further notes: “By December 1860 Mexico had emerged from its own civil war, and the liberal victors who came to power had long believed the path to modernization ran through economic integration with the United States. This dream had been impossible under the annexation-obsessed Democrats who dominated American national politics in the 1850s. With the ascendancy of the free-soil, free-labor Republicans, Mexico’s leaders believed they had a natural ally who would respect Mexico’s territorial integrity and, in future Secretary of State William Seward’s words, “value dollars more, and dominion less.”

Posted by Trustbuilding at 3:10 PM