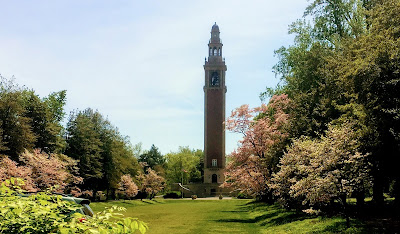 Forty years ago, Susan and I came to make our home in Richmond, Virginia. This summer we will move to Austin, Texas. Last week 40 friends, including neighbors, work colleagues and others from across the city crowded into our home, to celebrate my 70th birthday. We also came together to give thanks for the remarkable journey we have shared together.

We have loved this diverse community known as the Carillon where we raised our three boys. Our walks in the park are a highlight of most days. Richmond looks its best in April. Dogwood and azalea are in full bloom and the brilliant green leaves on massive oaks and tulip poplars provide shade. Just a mile away is Cary Street with cafes and boutique stores and the historic Byrd Theatre. Down the hill the river beckons. 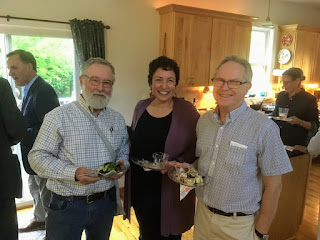 People sometimes ask us, “Why Richmond?” The answer we give is that we somehow felt God was doing something special in this city and we wanted to be part of it. Of course, we had no idea what that would mean! Our lives were changed by individuals who became our friends and who offered a level of trust far beyond what we had any right to expect. It has been our privilege to accompany them and to learn from them. They have had the courage to start a change process in their own lives; and they are building a new vision for a city scared by a history of slavery, civil war, and racial discrimination.

Over the years, visitors from as far away as Northern Ireland, Lebanon, and Guatemala have come to study this city’s approach to healing wounded memory and building partnerships across traditional divides. Rajmohan Gandhi, grandson and biographer of Mahatma Gandhi, was among those from 25 countries in 1993 who joined Richmonders in their first public walk through the city’s racial history. He wrote later, “June 1993 was the start of a remarkable revelation. Resolving (with some difficulty) to face a painful past, Richmond discovered that concealed inside that pain was the seed of a great promise – a promise that an America that seeks healing will be sought after by a hurting world.” 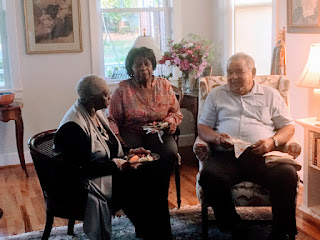 Despite the odds, Richmond continues to build networks of trust that stand the test of time. The trustbuilding process begun here is now the foundation for pilot projects in several countries launched by Initiatives of Change International.

When we came to Richmond in 1980 we made a commitment to colleagues that we would stay for five years.  At the time it seemed like a lifetime. Neither of us had ever lived for more than three years in one place. Now we are following a new call to a new city and a new home. We have a five-year-old granddaughter eager to welcome us to Austin.

We will leave with mixed emotions, leaving so many dear friends who have become like family to us. As we discover a new community, we know that we will be led to people who are working for change. As we often say, “the team is waiting to be discovered.” 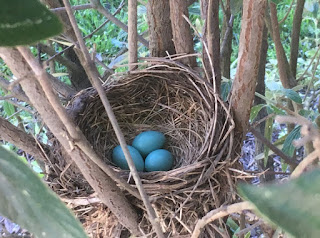 At this Easter season of new birth, it seems fitting that robins have laid eggs in nests in bushes at both ends of our porch and on the day of the party last week three of them hatched!

It's a time for new beginnings. Watch this space for updates on our adventures.


Posted by Trustbuilding at 5:46 PM